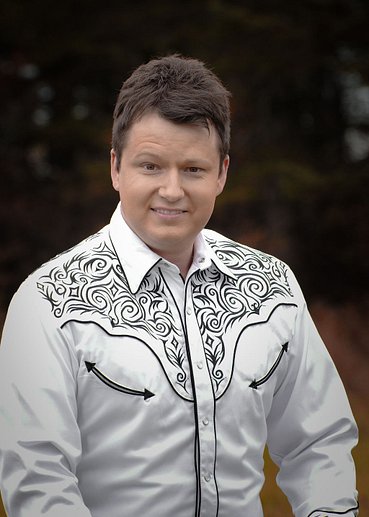 After over two decades in the music business, award-winning recording artist and NS Country Music Hall of Fame inductee Matt Balsor has released 15 studio albums, made various radio and television appearances, and performed in concert with Grand Ole Opry stars and several other Hall of Famers. Proving to be versatile, his country and gospel music has been played on radio throughout Canada, the United States, Europe, and Australia.

His emotional song delivery and his strong use of diction and phrasing are often commented on. He is known for his multi-octave range and dynamic song endings, especially when singing ballads such as "You Gave Me A Mountain" and "Mansion Over The Hilltop".  Matt often comments on this by saying “I’m not the best but I am the loudest!"

Matt has been referred to as "The Valley's Prince of Country Music" within the media. He is often heard commenting on how much he cares about his fans (friends as he calls them). "I enjoy getting to know my audience, share special moments with them, and always let them know how much they are appreciated for their support and loyalty over the years." Matt claims that it is his fans that have given him the encouragement to keep producing new recordings and memorable concerts. "I always try to outgive them; but, I never succeed!" A "Matt Balsor show" features his Hilltop Show Band, bright lights, rhinestone clothes, and traditional country music.

In 2022, Matt released 'Matt Balsor & Friends - Duets II', which features 11 new duets as a follow-up to his 2012 duets release. Featured on this album is Leona Williams, country music legend and former wife of Merle Haggard. It is said that Matt has recorded more duets than anyone in Canada.

In 2018, Matt become the coordinator and host of the Fox Mountain Country Music Festival. Visit www.facebook.com/foxmountaincountrymusicfestival or www.foxmountaincampingpark.com/country for more details.

Between 2013 and 2018, Matt released a gospel album featuring his theme song "Mansion Over The Hilltop", a Christmas album, a tribute albums to Merle Haggard and Mel Tillis, and a compilation album entitled "The Real Deal" all of which have received great reviews. In 2016, Matt took a 10 month leave of absence from the music scene and the pubic for a time of renewal after experiencing poor health. Upon his return in the fall of 2016 with the release of the tribute album to Merle Haggard, he came back stronger than ever before. His voice is more powerful and dynamic and his performances are said to be, "unbeatable, top-notch, and first-class."

In September of 2013, Matt released a tribute album entitled "Remembering George Jones". He shares his thoughts of the possum in the following excerpt: In country music, no voice is more distinctive and no name more respected than George Jones! With a chilling voice, he had a unique style unmatched by anyone, allowing him to touch an emotion like few other people in the business have ever touched. If you’ve ever had your heart broken, or cheated, or been cheated on, or just had to deal with one of life’s bad patches, you know that when you hear George Jones sing, he knows just how you feel. He was and always will be an inspiration to every country singer to ever truly sing a country song. It’s often been said by other country singers, “If we all could sound like we wanted to, we'd all sound like George Jones.” The voice of George Jones is a beautiful gift to the world and will always bring back memories to us all!

In the fall of 2012, Matt revived a southern gospel group called The Glorylanders. The new trio consists of two original members of The Glorylanders - Graham Moorehead and Heather Wood. It has been 40 years since The Glorylanders released their first and only album. In October of 2012, the new trio released their first recording entitled "A Tribute To The Happy Goodmans". The trio has been inspired by the unique sound and style of the Goodmans (especially Vestal Goodman) and were honoured to be able to pay tribute to and sing some of the most powerful songs in southern gospel music history. The Glorylanders were nominated for Gospel Trio of the Year by the Maritime Gospel Music Association in 2013.

The biggest recording of Matt's career to date was released in July of 2012. Matt Balsor & Friends - "Duets" is a 26 song recording featuring duets with 25 different singers that Matt has performed with over the years as well vocalists who have earned his respect for what they've done for country music in Nova Scotia and beyond. Something of this magnitude has never been done before, at least in Canada. Matt shares, "I am delighted that I was able to coordinate and co-produce something that will become a long-lasting piece of music history here in Nova Scotia."

The Duets recording made its way to Germany and caught the attention of a country music publicist who is responsible for writing international country music encyclopedias. Matt was selected as one of the artists from Nova Scotia to be featured in a Canadian edition released in 2014. One article features Matt's career and the other is a review of the Duets album. An article was also published in September 2013 in the country music magazine in Germany. The author describes the Duet CD by saying, "The album offers a variety of different and distinguished voices with Matt's singing being an ideal guideline."